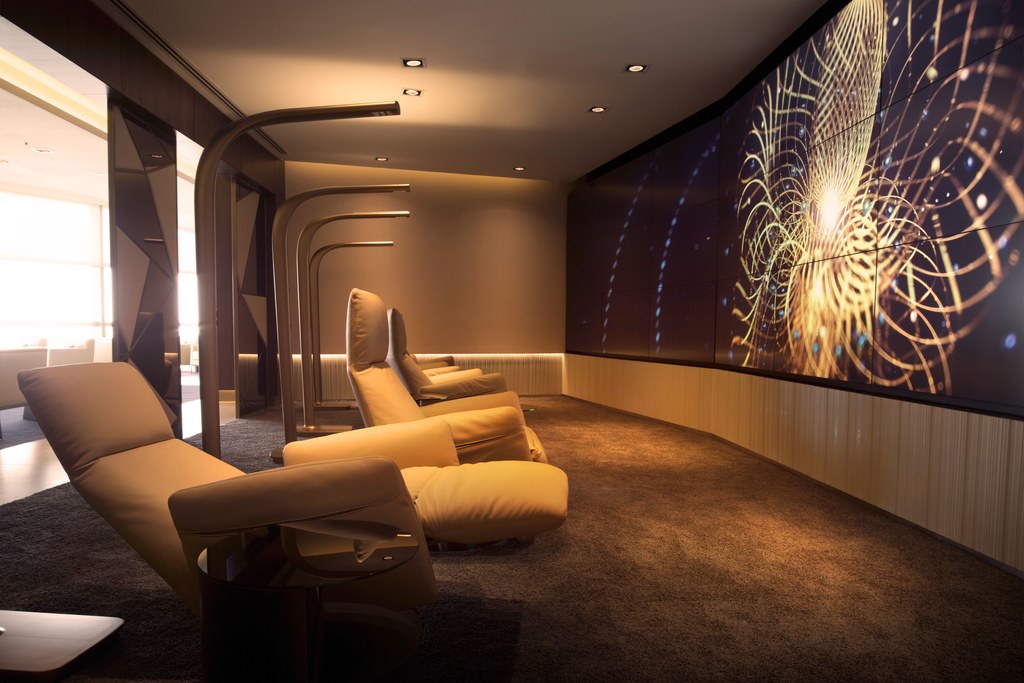 Decadent, sure. But an hour at Etihad’s First Class Lounge & Spa is a surefire way to improve a layover.

Opened in May 2016, the lounge has already garnered several awards in its first year—most notably named World’s Best Airline Lounge Spa 2016 by the World Spa Awards, sister of the prestigious World Travel Awards. But what’s all the fuss about? For starters, Etihad has partnered with the popular, Thailand-based Six Senses Spa to provide a relaxing retreat with efficient treatments, specifically designed with travelers in mind. With aromatic Six Senses Skin Care products and expert therapists to be found within the confines of an airport terminal, Etihad’s First Class Lounge & Spa quickly caught the attention of many a frequent flier—myself included.