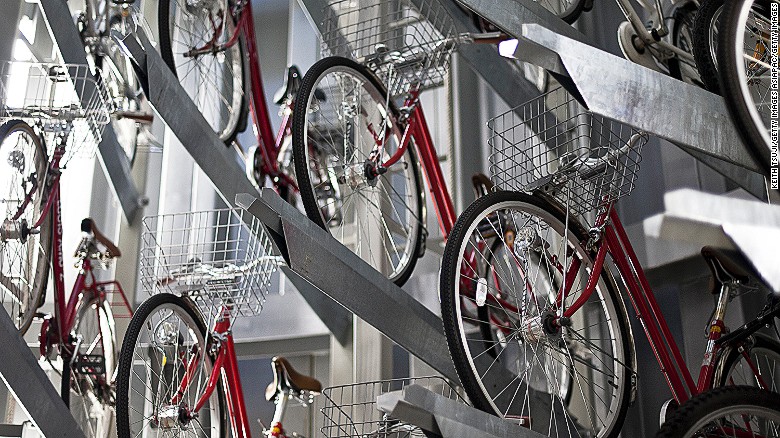 In Tokyo, 14% of commuting traffic is on bike, according to the Japanese Transport Ministry

But you’d never guess it.

That’s because the Japanese capital is burying thousands of bikes in underground parking vaults, in a bid to keep its sidewalks tidy.

From street level, an Eco Cycle looks like a small kiosk –a 560-square-foot hub with a door that seemingly leads to nowhere.

Tokyo commute: A ride in hell?

In reality, these stations are gateways to futuristic subterranean parking lots, which each plummet nearly 40 feet into the ground and are home to hundreds of tightly stacked bikes.

Read the full story on CNN.